History of the School

There has been a secondary school in Malmesbury since about 1896, but the single school as we know it only started in 1971, when Malmesbury Grammar School and Bremilham Secondary Modern School merged to form Malmesbury Comprehensive School.

Malmesbury and District County Secondary School opened in 1896 after a grant was awarded.  It initially had only 10 students and was run by a single teacher and an assistant in the town hall.  In 1902 they moved into new buildings on what is now the Malmesbury Primary School site with 4 or 5 teachers.  Students were charged to attend until 1942 at a rate of £1.15s a term.  The uniform was very different with students wearing the school cap, or straw hats tied with the school ribbon, far removed from our own jumpers!  At the time, the curriculum still included subjects such as Latin, Nature Knowledge and Agriculture.  The school offered boarding to children as lodgers in houses of local townspeople from as young as 10 years old.

In the 1930s this school became Malmesbury Grammar School with Mr. Wilmore as headmaster.  The grammar school took only the most academic students, preparing them for administrative or managerial jobs, with university only for the lucky few. Through the Second World War and into the 50s was the golden age of Malmesbury Grammar, at which time it was one of the best schools in Wiltshire.  People would come from a 15 miles radius to attend, coming from Chippenham, Wootton Bassett and Purton.  However, nearly 400 students worked in buildings built for 70 students, giving cramped, difficult conditions.  They eventually received a new building at the Filands site in 1965, 10 years after the Education Secretary told them ‘wait your turn in the queue’.  Classes were of up to 40 were taught by only 21 teachers.

Before 1954 in Malmesbury, most children had secondary education in their village till the age of 14, with thriving schools in all the surrounding villages such as Minety, the Somerfords and Grittleton.  These closed to make way for ‘the largest school in North West Wiltshire’: Malmesbury Secondary Modern.

Malmesbury Secondary Modern (which later became Bremilham School Malmesbury) was opened in 1954.  The buildings cost ‘over £100 000’ which was a lot of money at the time!  At opening the school had 440 students, but was built for 600 to accommodate the Baby Boomers after the war.  It mostly served the rural local community, as shown by an inspection in 1965, which noted most students went on to go into apprenticeships or worked in farming or gardening with only a small number going onto higher education.

At Malmesbury Grammar only 20 students a year went on to university in the mid 1960s, whilst students wanting to go to from Bremilham School had to go to sixth form at the Grammar School first.

The merging of the schools: Malmesbury School

The two schools merged in 1971 as part of a nationwide move to comprehensives.  This was a move by the labour government to eliminate what they saw as an elitist system. Malmesbury came late to comprehensives, only moving when the successful head of the Secondary Modern, Mr T. Richards retired after running the school since its opening in 1954.

The school was originally split into a Lower and Upper School, of 450 and 750 students each. The lower school occupied the old grammar school at the Filands site on the outskirts of town. The upper school occupied the Bremilham School site on what are now the tennis courts and field opposite The Activity Zone.  The school was opened by Lord John Lawrence, 4th Baron Trevethin, 2nd Baron Oaksey, who was a Grand National jockey and commentator, and the son of the main British judge at the Nuremburg trials.

In 1974 John D’Arcy took on the role of headteacher.  He was the former deputy head of the controversial Countesthorpe School.  He is credited with bringing a true comprehensive education to the school which survives to this day, including reducing streaming.

In the 80s and 90s the school moved from strength to strength with improving academic results in firstly in both GCEs and CSEs and from 1989 the new GCSEs.  The school also gave a good practical education, pioneered by Mr Ruck and Mr Thompson.  This allowed the school to offer bricklaying, plumbing and electronics in addition to Rural Studies.  Indeed, in the early 70s the school still kept animals on site, including a cow and chickens.  The school continued a strong tradition of music and drama with termly concerts and performances for the students.  Links were made with schools abroad and exchange trips began in 1986 to Chambon-sur-Voueize in France, a village twinned with Minety.

In 1992 the school welcomed Mr Malcolm Trobe as the new headteacher.  He held a keen interest in both Sport and the Arts moving both forward in the school.  He presided over the building of The Activity Zone in 1998 on the schools land, after a Sports Lottery bid. Throughout his time the school’s examination results continued to improve year on year and by the time he retired in 2007, the school was one of the most successful in the region.

In 1999 funding was agreed by Wiltshire County Council to build three new schools in North Wiltshire at a total cost of £140m as part of a Private Finance Initiative with the White Horse Education Partnership.  Malmesbury was to receive a brand new school, at £50m, on a single site.  This provided an end to the years of teachers travelling between upper and lower schools.  The school was completed in 2002 and was officially opened by David Hempleman-Adams, a noted explorer, in May 2003.

The school expanded its academic ability throughout the new millennium frequently being hailed as a ‘success story’ in the press due to ever improving GCSE and A-Level results.  The school also improved international links with exchanges to Malmesbury’s twin town in Germany Niebull beginning in 2001, French exchanges to Morlaix in 2000 and Spanish exchanges to Madrid in 2007.  Also, students from Malmesbury in Western Cape Province, South Africa have been visiting the school since 2007.  This follows our pupils visiting the township whilst attending the international Afriyouth camp in South Africa.  Fundraising by the school and local community has helped to build a crèche in the town, as well as funding visits from South African students from the town to Malmesbury.

In 2007, former deputy head Tim Gilson took over as head teacher of the school.  Since then he has reintroduced a house system.  Malmesbury Comprehensive has never had a house system, but both previous schools did.  Malmesbury Grammar had Athelstan, Avon and Abbey, whereas the Secondary Modern’s houses were named after the four royal houses: Balmoral, Sandringham, Holyrood and Windsor.  Today’s houses are named after significant figures in Malmesbury’s history: William (the historian), Eilmer (the flying monk), Athelstan (first king of all England) and Hobbes (the philosopher).

Malmesbury has also expanded the school site, opening ‘The Bungalow’ on the caretaker’s site in September 2010 in order to provide alternative educational provision. The school obtained ‘Foundation School’ status in 2008 and Academy Status in August 2011.

In 2014 Malmesbury School set up the Avon Teaching School Alliance (AvonTSA), an alliance of secondary schools, primary schools and other educational institutions across Wiltshire and Gloucestershire. The settings work collaboratively to develop, improve and invest in teachers at all stages of their career. Its collective aim is that every pupil in the Alliance has the best possible education and is inspired, challenges and supported to realise their full potential.

A year later the Athelstan Multi Academy Trust was established which consists of four secondary schools (Malmesbury School, Bradon Forest School, The Dean Academy and Sir William Romney), two of which are in North Wiltshire and two in Gloucestershire. The Trust offers further career development opportunities for colleagues to work across more than one school in a supportive environment.

With a continued rising intake of students and now nine form entry in Years 7, 8 and 9 in 2019 Malmesbury School expanded its site with the addition of four new classrooms on the end of the English and Mathematics wing overlooking the playing field. These new teaching spaces have been essential in helping support the delivery of a wide and varied curriculum offer to over 1400 students.

In 2020 Rupert Moreton joined as Malmesbury School’s new headteacher with a wealth of experience having worked as headteacher of Cheney School in Oxford. 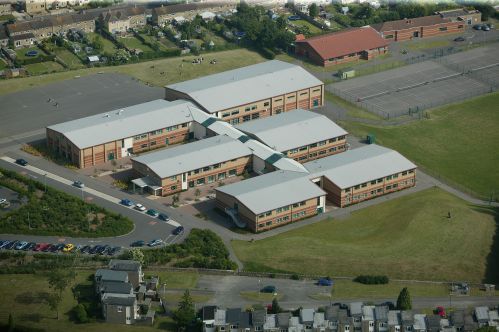 Malmesbury School is part of The Athelstan Trust, a charitable company limited by guarantee registered in England and Wales